Winding and worn cobblestone streets main form of traffic comes in the walking and talking form have made up the last two days of our travels. Heidelberg is a beautiful old city full of history. An old castle, or schloss as they say here, overlooks the town from higher up on the mountain. We were able to watch the sunset from the castle our first night here. The next day, we felt the need to revisit the castle again on our way down from the overlook even higher on the mountain (see photo below). We almost hit sunset again but thought better than to stay up on the mountain and risk missing dinner in the city below. Aside from the bars, German restaurants close a but earlier than restaurants in the states do and we’d much rather get a taste of Classic German cuisine than simple bar snacks for dinner.

View from the highest point in Heidleberg

Germany’s oldest university is in Heidelberg, a prestigious place where rowdy students were sent to “student prison” once upon a time. Upon hearing this, I immediately pictured the “Chokey” from Matilda. However, the description surprised us – it was a place where students were contained for their sentence, yet they were allowed to only leave to go to classes. They could visit their fellow students in others cells and after the first two days of bread and water only, they were allowed to order beer to their cells. Punishment or room service? That didn’t sound like such a bad gig after all.

We managed to find a bit of wilderness in this beautiful city as well. Along the river runs an old path called “Philosopher’s Way.” There were a few opportunities to go off the beaten path that thanks to Jo’s urging, we decided to test out. Everything is so vibrant here and we came across many old gates disguised under cloaks of ivy. Rose gardens seemed to spring out of nowhere, nestled among the dirt footpaths. This city never failed to surprise us with the depths of what it held and this breath of fresh air and nature was just what we needed to kill the last of our jet lag.

Tomorrow’s adventures take us to Jordan’s apartment and home for the summer; we’ll see how that goes!

In the spirit of all the Spanish that I’ve been accidentally using lately in attempt to make up for my lack of a German vocabulary, 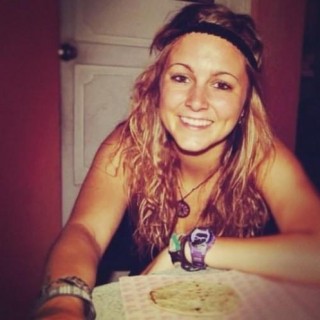